You must have been contemplating getting into the Amazon FBA business and heard of a course that promises to teach you everything there is to know about Amazon FBA.

Great job! You are being a smart businessperson by doing all the necessary research. You probably want to find out—is Amazon FBA Ninja a Scam?

So if you want to know more about Amazon FBA and Amazon FBA Ninja then you came to the right place.

This is the Amazon FBA Ninja Review you are looking for. Read on!

Best For:  Anyone who’d like to try their hand at Amazon FBA

Summary: Amazon FBA Ninja is a course which aims to provide all the information you need and cover all the various aspects of selling on Amazon with easy to follow methodical procedure.

What is Amazon FBA Ninja About?

Amazon FBA Ninja is a course created by Kevin David. It intends to deliver to you everything you need in one place. Amazon FBA Ninja promises to cover all the various aspects of selling on Amazon with easy to follow systematic guides.

Amazon FBA Ninja contains 8 in-depth modules. Kevin will even throw in 3 bonus modules which meticulously covers the prerequisite of selling on Amazon in detail.

The course promises to discuss and provide the following:

The private one-on-one access for the “Ninja Black Belts” lets you interact directly with other students and Kevin David himself. According to them, this will help avoid a likely devastating error as well as to give yourself a colossal advantage against the competition. Now, the step-by-step walkthroughs on the other hand discusses ideas regarding Amazon Pay-per-Click (PPC) and Amazon Marketing Services (AMS).

The course aims to use these two methods that will triple your sales. All this, while cutting your costs in half. You might also be interested to discover a secret hack to view your competitor’s backend keywords. By knowing this, you will instantly boost new products and create hugely profitable automatic PPC campaigns with less effort.

To add, Amazon FBA Ninja assures that you will receive free updates of the latest methods for selling on Amazon for LIFE.

Or until Amazon FBA is still a thing, I guess.

Then you will also learn about how to rank Amazon products by understanding how the ranking algorithm works. Finally, the meat of the matter, you will be taught how to sell huge amounts of your products with the help of Facebook ads as well as the concept of landing pages.

Kevin David currently has a podcast, known as the Ninja Podcast. He has Also known as That Lifestyle Ninja, Kevin already has multiple courses online and has a net worth of more than $5 million.

But who is he? How did he start?

Kevin has his share of variating jobs. His experience ranges from accounting, blog writer, and even creating gaming apps.

However, writing blog posts is how Kevin learned how to earn good income with Google Ads and Amazon Affiliate Program.

After he graduated from college, Kevin achieved his much-desired job at Facebook as a Privacy Consultant and that’s where he learned about the Amazon FBA. It was his dream to be working for Facebook but he soon felt bored and wanted to live on his terms. Kevin David launched his first product Amazon FBA a month later.

How Does Amazon FBA Ninja Work?

The Amazon FBA Ninja is established on fulfillment services by Amazon also known as Amazon FBA. This business model allows you to commence an online business and be in business without stocking up on the products yourself. One of the benefits of this service is that you get to store your inventory in Amazon’s warehouse. This is so that you don’t have to worry about packing or shipping since it is all included within the fulfillment services.

It saves you time as a seller since you don’t have to make some tedious accounting anymore or rent a space to act as a warehouse. Not to mention the logistics of delivering your products to your customers.

What is Fulfillment by Amazon?

What is the concept behind Amazon FBA?

Fulfillment By Amazon also known as Amazon FBA is a service provided by Amazon for entrepreneurs who would like to trade products online.

Here are the basic things Amazon FBA does for sellers:

Here are some of the benefits of Amazon FBA:

On their website, you can find that Amazon FBA Ninja promises that you will learn how to discover and buy products that can bring about tens of thousands in monthly revenue on Amazon FBA with “ALMOST NO RISK!”

I am very skeptical about this part, much like every other program that assures you of no-risk get-rich-quick stuff only to have a disclaimer in the end that says “results are not typical.”

They will also throw in some “never before” released methods for PPC. Presumably, this can lower your costs and increase your sales by thousands. Finally, Kevin David promises to help you on how to rank all of your products on page 1 as well as a few simple tips and tricks.

So, the course has 8 modules, containing more than a hundred step by step video tutorials, for more than 40 hours long. You can even expect 3 bonuses namely:

So without any further ado, let’s jump into the Amazon FBA Ninja courses. 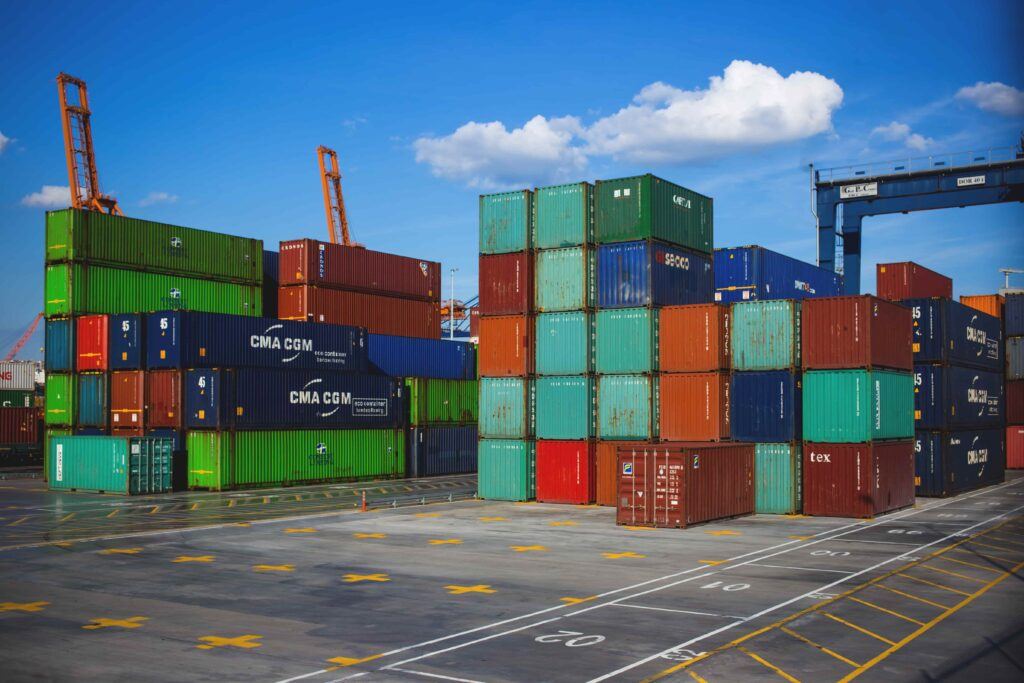 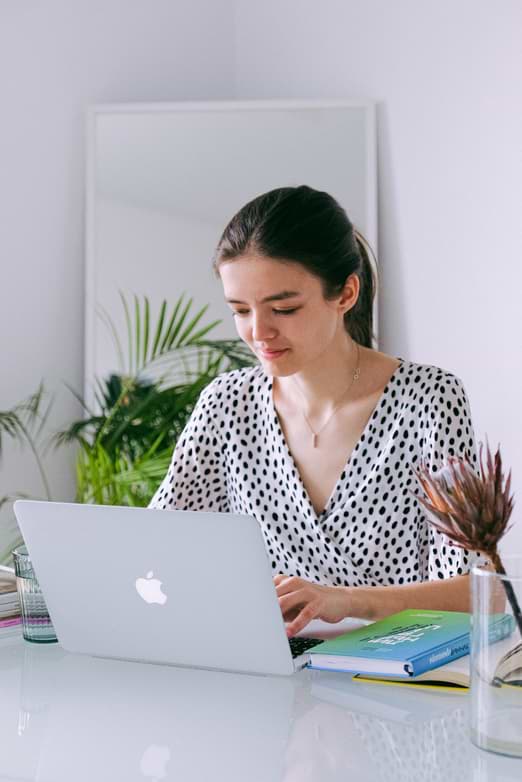 Can You Make Money With Amazon FBA Ninja

If you make an effort to follow a lot of good practices in this course, you have a better chance at being successful with Amazon FBA and earn a sustainable income.

A lot of people, Kevin David included have become very successful in this business model.

In substance, you have to have between $5,000 to $10,000 to even begin with Amazon FBA. Regrettably, if you only have a few hundred dollars in your account, Amazon might not be the best fit for you.

Is Amazon FBA Ninja a Scam?

Just to be fully transparent with you, I am not a student of Amazon FBA Ninja myself and I do not endorse it in any way.

I have researched the website, testimonials, and information on the Internet to get to the bottom of what Amazon FBA Ninja genuinely does. This is because I have been burnt from programs just like this in the past and I want to prevent others from making the same mistakes. If you’d like to learn Ways to Avoid Online Scams then click the highlighted text.

A lot of people have succeeded in Amazon FBA, however, this might not be the best for all.

To start, if you only have a few dollars to invest, this business might present immense trouble for you.

Kevin David also doesn’t seem to have a good background with people on Reddit. 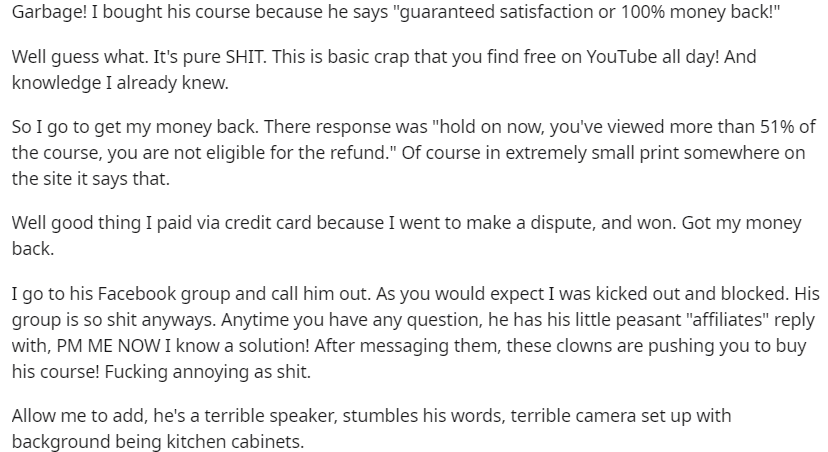 This one actually made me laugh.

Disorganized. Some of the lessons tend to be a bit topsy turvy.  It can be difficult to follow the flow and identify which you should really perform first.

Overpromise results. Programs and courses such as these tend to over promise results. Beginners might also be easily sucked in especially when they see Kevin’s Youtube channel and videos showing his obvious success. The truth is, Amazon FBA can be very difficult for you.

Comprehensive. What Amazon FBA Ninja lack for organization they make up for content. In all fairness, they try their best to be specific and detailed in walking you through.

Huge Facebook community. Support is essential and most of the time other people’s experiences can really help us. This is what you get with Amazon FBA Ninja. They claim that they have the largest Facebook community in the world.

The Amazon FBA Ninja is anchored on a legit business model which is Amazon FBA. I have mentioned this a couple of times on this course,

Personally, I find affiliate marketing a much better way to earn a reasonable income online. Affiliate marketing generates a passive income for me from my own laptop. The good thing is, I know where you can learn some really good stuff.

Amazon FBA is a dog eat dog world. There’s a lot of risks for you and you better be prepared for it most especially if you are just starting out in eCommerce.

First, you’ll need to find a supplier (typically in China), then you wire them a large sum of money and they ship your products to Amazon’s warehouses. Storage costs at Amazon’s warehouse can add up and this can really hurt you financially.

With intense competition, you’ll find you spend more and more time in your day just to try to turn a profit. Competition can kill your business, anyone seeing you be thriving with a product can replicate what you are doing. Another bad news is that you may even have to compete with your suppliers, once they see what you are doing, they can do the same.

You need more time and effort to find products that are worthwhile. After that, you need to promote these products as well as create quality product photos and detailed descriptions to post on Amazon.

Now buddy, this is the real kicker, to get on page 1 of Amazon, Amazon Pay Per Click (PPC) is becoming increasingly necessary. Also the cost of ads is increasing with the competition.

Why do you have to do this, you ask? Well, If you are not one page 1 of Amazon, you WILL NOT be selling anything.

You will need to learn selling trends and timing. Are you going to be on the right side of the craze as the trend is rising or falling?

Overall low net profit after all the rising advertising costs and increasing competition.

It doesn’t end there though, you will also have to worry about:

However, I’m not hating here (really), I may be biased but I am simply airing out my opinion and hopefully giving you sound advice. If you want to be in the Amazon FBA business, then I can tell you how to get FREE traffic and other traffic sources for your Amazon FBA.

I want to let you in on a secret about a better Amazon FBA Ninja Alternative and a great way to make money online from my #1 recommendation below.

Check Out My #1 Recommendation Here

Joana is a proud wife, mother, and furparent. As a content specialist, she enjoys researching about different topics and niches. She finds that it is an interesting way to learn and discover new things. Joana still occasionally conducts lectures for aspiring teachers who are reviewing for the Licensure Examination for Teachers, but enjoys working from home to be closer with her family and be a hands-on mom.