What is Rakuten Insight About? [Don’t Make These 5 Mistakes]

You don’t know it yet but, in a few short minutes of reading this Rakuten insight review you may actually want to sign-up for Rakuten Insight surveys.

What is Rakuten Insight about? Is the hype worth trying or is it just another flimsy opportunity?

Make sure to read through this Rakuten Insight review because there are five common mistakes that you need to prevent before you sign up for it.

What they Offer: Answer-to-Earn Surveys

Best For: People who want to answer consumer surveys occasionally, and not as a main source of income

What Is Rakuten Insight Surveys About:
Rakuten Insight Inc. is one of the businesses under Rakuten Group who were the pioneer of online marketing research. They offer points in exchange for answering surveys that can be cumulatively collected up until it can be redeemed.

It would be fair to say that Rakuten Insight surveys is a legitimate survey platform where you can earn. The common downside of platforms like these would be how you allow these platforms to know your information and how they won’t claim any responsibility for the demise of your account after they have referred you to their client’s website.

Check Out My Top Recommendation Here

What is Rakuten Insight About?

Rakuten Group is a global company engaging in different business and services aligned with their vision to become a Global Innovation Company. Two of Rakuten’s businesses are Rakuten Insight and Rakuten Rewards.

We have covered Rakuten Rewards, a cash back and online shopping platform, in a previous article, and while it has a good intention of rebates, we don’t recommend it. Rakuten Insight on the other hand caters into partnering with brands to help conduct consumer research for their products and services.

The question now for this Rakuten Insight review is, will we recommend it?

Below is a video from the YouTube channel of Rakuten US:

Rakuten Insight is an online marketing research created by Rakuten to help international brands in their consumer profiling and research. They have created methods to validate and create high-quality responses so that it can give accurate results for their clients. This corporation was established in 2002.

If you missed out on our previous review about Rakuten, you should know that we did not recommend the service especially for those who are prone to overspend on online shopping platforms.

Former AIP Online Surveys
Before Rakuten Insight, Philippine users and those from India claimed that the platform they originally signed up on was called AIP online surveys which functioned just the same as the current platform. And from what I found, Rakuten used to have two consumer research branches, Rakuten Research and AIP Corporation. In 2018 they announced that they will rebrand and merge under the service name and logo of Rakuten Insight.

In my attempt to find out more about the other Rakuten Insight services, here’s what I found on Facebook:

I found that the countries mentioned in the previous section have their own Facebook pages!

And not just that…

I also found links into their signup pages. I was wrong.

So I tried signing up on the US website:

Well that’s wonderful. Because that means I won’t be able to signup for other Rakuten Insight of other countries if I had a vain attempt to milk on their surveys.

Now I’m wondering, how about if I use a VPN? Read on as Ifind out the answer!

What does the Rakuten Insight Surveys Offer?

Rakuten Insight gives out points after answering the surveys that they send out. These points can be accumulated up until it can be redeemed through Paypal as a Gift Check or through other payout methods.

Let’s look and compare the redeeming methods of the US and Indonesia.

US members can redeem their rewards through Paypal and as an Amazon Gift Card.

For Indonesia, rewards could be redeemed as a Sodexo EPass, Tokopedia Voucher, Lazada Voucher, JAG Voucher and as  Pizza Hut Voucher.

How does Rakuten Insight Surveys Work?

I told you early on that you might want to sign up for Rakuten Insight right away but just before you do, read on so you can prevent making there five mistakes.

How to become a member of Rakuten Insight Surveys

But before we look into the 5 mistakes, here’s how you could sign-up:

1. Go to the Facebook Page for the country you’re in. If you’re not from any country that was mentioned above, I’m not really sure if VPN could work.
2. Click the website link that you could find on the about section of the Facebook profile then on the rightmost part click Sign Up.
3. You must be 16 and up to be included in the program. Choose how you want to create your profile, fill out necessary details and click the link on your email to activate your account.

This email will be where Rakuten Insight will send out links to the dashboard for the new and available surveys that are fit for your demographic profile.

Can it work for mobile?

Yes. The website works out fine even when you’re just using your phone to answer surveys.

How do you make money with Rakuten Insight Surveys?

Rakuten Insight offer opportunity to earn from their surveys by accumulation of points and redeeming from specific payout options.

Different Payout options are available for the countries where Rakuten Insight functions. For you to make money with Rakuten Insight surveys you need to answer a lot of surveys so you can accumulate points and be able to redeem the minimum amount that is recommended for each country.

Despite the claims of other published Rakuten Insight reviews, Rakuten may have abolished their referral system as clearly indicated in their Help & Support section. Here’s a screenshot of their advisory about it:

They may have discontinued any previous referral program that they had before as this policy goes the same for all the other Help & Support page of the other Rakuten Insight websites.

Tired of wasting your time trying to earn pocket change on Surveys? Start a REAL Online Business of Your Own Here

Most of the reviews and testimonials that you’ll find about Rakuten Insight are positive reviews. Rakuten is a well-known brand and they seem to live up to giving quality service and an authentic opportunity for their users. Here is an example of a video review about it:

Is Rakuten Insight Surveys A Scam?

I have researched the website, testimonials, and other information on the Internet to give a full, honest and comprehensive Rakuten Insight review. This is because I have been burnt from programs just like this in the past and I want to prevent others from making the same mistakes. If you’d like to learn Ways to Avoid Online Scams then click the highlighted text.

From an overall Rakuten Insight review, I can say that it is a legitimate survey platform that can help you earn although not handsomely, but just enough to be an occasional financial source.

Hi, I’m John. I created a passive income online. And I had no marketing skills or online experience when I started.

This Rakuten Insight review gives you a glimpse of some common mistakes that could be easily overlooked when signing up for Rakuten Insight. Here I give you 5 tips so that you can gauge your expectations of the platform.

1. Make sure that the email that you are using is the same as your Paypal account.

Why? Because Paypal only allows a maximum of 2 Paypal accounts, one should be Personal and the other one should be a Business account if ever.

2. Don’t expect to get surveys frequently

Although Rakuten Insight survey reviews show that they are 100% legitimate it seems to only have a few surveys for their members, while we know that this could vary, it’s really difficult to know which demographic will get the most surveys so you could accumulate your points.

3. Make sure to redeem your points before withdrawing your membership

If you have reached the minimum points so you can redeem a cash incentive, make sure that you withdraw it before you close your account for good because Rakuten will forfeit those if you forgot to redeem them.

Some Rakuten Insight surveys are time-sensitive and they close out when the required number or people have already answered.

5. Make sure that you truthfully answer the surveys abide by policies

Rakuten targets respondents based on their demographic and based on the social profile that the respondent has indicated in their account. They usually send out surveys that verifies and updates a profile so make sure to answer them truthfully as they cross check it for data validation.

So again NOPE. Even with a VPN of two Paypal accounts you can’t abuse the platform!

[Final Thoughts] What is Rakuten Insight About – Is It profitable?

Verdict: Rakuten Insight surveys is a legitimate survey platform where you can earn.

The common downside of survey platforms like these, aside from meager earning, is that you allow these platforms to know your information and they won’t claim any responsibility for the demise of your account after they have referred you to their client’s website.

A prime example would be this part in their Policies:

While it can be a source of passive income, it does not have a steady supply of surveys since they have to tailor it into the demographic needed by their brand partner. This means that you can’t expect to be able to withdraw monthly or even yearly with this program. But I do slightly recommend it because it’s a legitimate company and a lot of people have good reviews and testimonials about it.

Summing up on “What is Rakuten surveys about”: It’s a legitimate platform but it redeeming from it may take a year or more due to a small number of surveys as it is usually tailored according to your demographic profile.

But here’s the catch…

How I Make a Passive Income Online [A Better Alternative]

There are more profitable passive income opportunities than Rakuten Insight surveys. You won’t need to worry about a misuse of your personal information or painstakingly answer surveys only to not profit from it for a year.

What I have for you is a community, a pool of trainings and supportive coaches that will help you set-up for a real affiliate marketing opportunity where you can learn how to become an ambassador for brands and earn directly from referrals.

If you want to make money online in a legitimate and sustainable way, you may need a had to help you as you learn how to start an online business.

And it’s actually what I do!

Here’s why I recommend it:

Here’s what I’m talking about…

Instead of spending your precious time into answering surveys that you have little potential to even redeem a few dollars in a year, here’s a program that can help you — plus, it’s free to get started. If you’re thinking about doing this full-time, going premium is just $49/month.

In the end, you’ll learn valuable skills and earn more than the time you’d spend on survey sites!

Louee Gonzales has been writing for 4 years now and is a self-confessed coffee-powered content specialist. She enjoys creating valuable investigative articles for EFYL. If she’s not writing, she’s usually taking on small SEO and SMM projects, painting, reading a new book, or travelling somewhere fun.

She has a degree in Psychology, and quick fact: she can’t read your mind. She has authored articles on School of Positive Transformation. 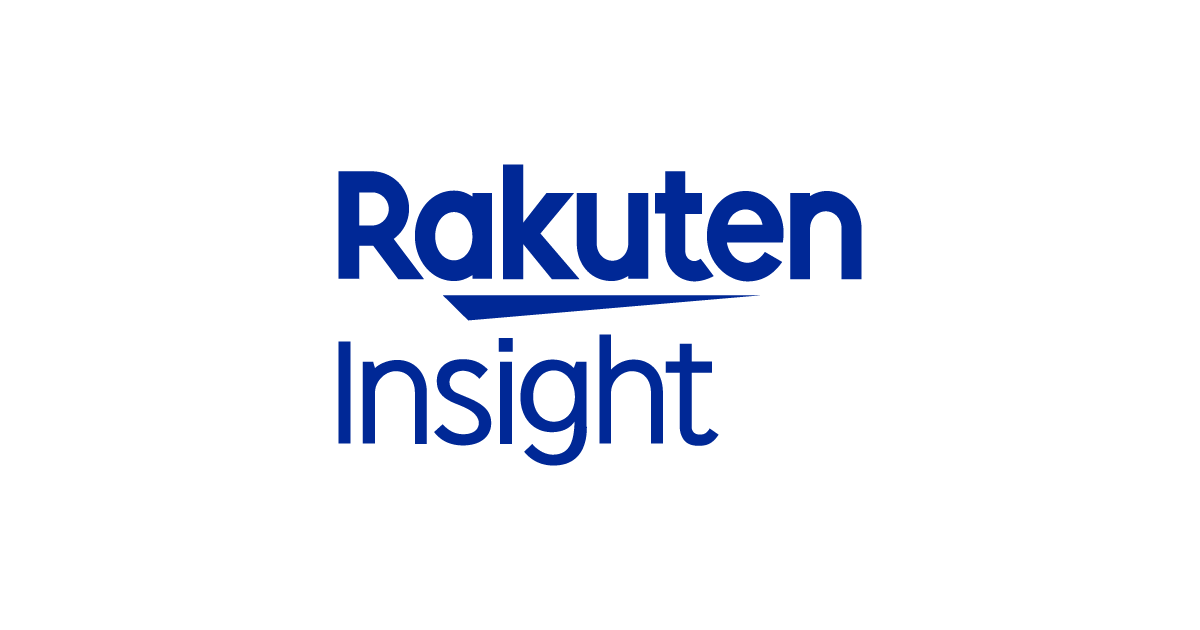 2 thoughts on “What is Rakuten Insight About? [Don’t Make These 5 Mistakes]”